Growing up in the state of Gujarat in India, Abhishek Vyas found himself closely impacted by the teachings of Mahatma Gandhi, particularly those focusing on establishing non-violence in the road to Indian liberation. It was seeing the impact of Gandhi’s work not just in the history of his hometown, but around him growing up as well that pushed Vyas to explore this further in his own way. Now an Mphil Student in Education at the University of Cambridge, Vyas has set up his own study group on understanding non-violence as a start to his independent project on exploring how non-violence can be implemented within the education sector. “What I want to work on is education for peace and non-violence in Indian schools and I’ve done some background work on this by teaching at a prison in Ahmedabad. I have also worked with an NGO in India focusing on social emotional learning for children. These experiences have pushed me towards my degree and my future work,” he says.

While it is his passion that has driven him to pursue both a degree and independent projects in this sphere, Vyas shares that feeling personally connected to such a topic – it’s strong ties to his hometown and his passion for implementing it in his community – can often be exhausting. Still he says, “it’s a good sort of exhaustion that leads you to question the implications of your own actions.”

But while Vyas has found a way to make the best of the emotional toll that social work and community engagement can have on those doing it, it’s not easy to always strike a balance. In September 2020, performance anxiety and trauma consultant Olivia James, wrote a piece on how the traumatic impact of working on stressful stories on journalists’ is often ignored which can lead to their mental health suffering. James points out how vicarious trauma can occur through watching the suffering of other people – and just how dangerous ignoring those effects can be because of the long-term impacts it can have on physical and mental health. But while journalism is a relatively public profession, and therefore easier to understand in terms of impact – community workers, activists and others involved in work on a personal level can often suffer from similar issues outside of the spotlight.

Valentina Olivieri, a Product Manager at Positive Group working in EdTech, who also works as an Opportunities Manager at The Maple Advisory Group shares that setting boundaries in a way that helps her balance her personal experiences and her work is still “very much a work in progress.” Olivieri’s work with The Maple Advisory Group, a global organisation committed to raising ambitions in education for the marginalised and vulnerable came about when she and now founder of TMAG Aanya Niaz began to meet in cafes to touch base with the academic discussions they missed as working professionals.

But bridging the gap between research and practice, even as a larger community is not an easy job – and Olivieri often finds herself encountering issues or working on topics that she has experienced first hand “be it mental health and understanding yourself, your body and your brain, or discussing with buddying educationalists the challenges we all face.” She also adds that “It can often be a fine line between following a passion with all your strength and losing all your strength and energy following a passion.”

But the repercussions that can arise from not finding that balance are more than enough reason to understand how important it is to set boundaries. James shares that while many of us may feel a need to help due to the many injustices we see and hear about, “the problem is that this work can be overwhelming and never ending.” There’s also a lot of self-reflection that can take place within such work which also makes it more difficult to draw a line between where the work ends and personal time begins. The constant emotional and mental turmoil can lead to burnout and stress. “If you want to change the world it can be hard to say no but you can’t pour from an empty cup. Self-care and resilience building are vital for work that is sustainable,” says James.

That doesn’t mean the possibility of such outcomes should stop one from engaging in work that has personal meaning. In fact, it should be the opposite because we need more examples of people who have achieved that successful balance in setting boundaries to prioritise themselves while still doing work that matters. Sonya Barlow, entrepreneur and founder of LMF (Like Minded Females) Network, points out how important it is to create spaces that talk about the realities of working on such issues because social media can often present situations in a way that are very different from reality.

“Working with and through my personal stories is about trying to do for social good and social impact. Coming from a working-class background and as a woman, I wanted to make sure we were opening these conversations because social media has made things so public and aesthetically pleasing that sometimes they are not real,” Barlow says.

In her debut book Unprepared to Entrepreneur, Barlow talks extensively about her own experience with burnout and how she learnt to put herself first because so much of her work requires her to share personal stories in order to facilitate safe spaces for other women from marginalised backgrounds. Her focus on her well-being has led her to enjoy her work when she partakes in it and make the most of her working hours. “I get energised when someone writes to me or comments or my posts to tell me my experiences resonate with them and how they don’t feel alone anymore. It makes me even more determined to bring the spotlight to these issues and do more,” Barlow shares.

No one solution to finding the right balance works for everyone. While for Barlow the best fit may come from her 4 day work week and scheduled time off screens, Olivieri shares that her self care comes from sticking to planners and to-do lists that help her get her work schedules in order. But most self-care activities are often far easier said than done, and when one finds themselves falling back into the same habits, it’s important to remember to show yourself the same compassion that you show others everyday. “You’re just one person with limited time, limited energy and limited compassion. I often see my actions, discuss them and sometimes I can realise I was violent in a certain situation and I need to remember to be kind to myself because that compassion should work both ways,” Vyas shares.

This second instalment of the

Staying agile as a freelancer

You’ve grown your business into something to be proud of. Congrats! But you gotta stay light on your feet. How do you do that? 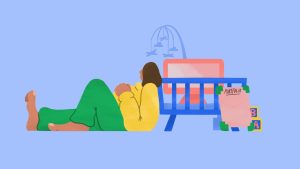 Pregnant and a freelancer? We can’t wait to hear more. But make sure you know how to maternity proof your freelance business before you start parenthood. 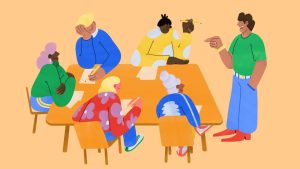 Learn about the Ultimate guide to Freelancing, our course where you can perfect your portfolio, build your career, and feel confidence in your offering.

How to Position Yourself as an Expert in your Field

Want to learn how to position yourself as an expert in your field as a freelancer? Rachel White of House of DIF walks you through all the steps you need to take.

Freelancers, this is how to take control of your money

The 30% rule is going to make your life a lot easier. Make sure you follow it if you’re a freelancer looking to manage their money more consistenly