Why freelancers need to create an environment of transparency, and not just around pay

From the outside, the freelance lifestyle does seem tantalizingly appealing. And in many ways, it is. I am my own boss, the Chief of Everything; I do set my own schedule and goals; I can exist in a world blissfully free from office kitchen small-talk.

However, while going solo does come with its fair share of perks, it does have its downsides, too.

When I started freelancing, I was clueless. With no contact database, I spent hours naively Googled editor email addresses. I didn’t know how to write an article pitch. And, like many other newbie freelance writers, I accepted some content mill payment rates that can only be described as downright humiliating — I didn’t yet know that $5 for a 2000 word blog post is simply unacceptable. To make a living, I forced myself to churn out 5,000 words every day.

The inherent isolation of freelancing is both a blessing and a curse. Yes, it’s wonderful to work from home and say goodbye to office antics. However, going it alone also means giving up access to any kind of industry community, worker’s rights, or payment standardization. It’s a world where you ultimately have to fend for yourself. And without the help of other freelancers, it can be practically impossible.

There is a growing trend on social media — mainly Twitter — for freelancers to be more open about their work: what they get paid, how they communicate with employers, which employers are good to work with, how often invoices are paid late — all of it is fair game these days. For new freelancers, this transparency can be indispensable. But for the freelancers who are brave enough to divulge industry details, a commitment to transparency can be highly risky.

In the freelance community, there is a growing trend of sharing stats on Twitter. Numerous writers post an outline of their pitches and pay rates each month. Others take to Twitter to post yearly roundups of how many articles they’ve written and how much they’ve been paid.

As Ruby Slade, a freelance writer and brand manager at Financer.com, explains, this trend signifies a real shift in freelancer attitudes towards transparency. “In the past, it would be more common to hear somebody speak retrospectively about the difficult times at the beginning of their career, but always from a point of success,” she says. “Only once they had achieved a lot would they be open about their early struggles, which although inspiring, isn’t the most relatable way to learn from people.”

For Ruby, transparency about the ups and downs of freelance life in the form of real-time stats has helped her adjust her expectations and set reasonable, achievable goals in terms of pay rates and workload.

Diane, a freelance graphic designer, has had a similar breakthrough thanks to seeing other freelancers’ stats online. “Sometimes, when you look at the profiles of successful freelancers whose work you admire, it can feel disheartening,” she explains. “It sometimes looks like they’re making tons of money and getting loads of commissions, while you’re getting tons of rejections.”

After Diane joined a freelance community on Facebook, she realized that she was actually doing pretty well. “It’s really helpful to see these stat breakdowns and realize that even the most successful freelancers have to deal with rejection and dry periods,” she says.

There are also a growing number of publicly available spreadsheets that include employer contact details, pitching guidelines, pay rate histories, and other invaluable tips. For freelancers who are just starting out, this type of transparency can, quite literally, make or break a career.

“Me and my peers in the freelancing community all collaborate constantly to figure out what rates we should be charging — it’s a huge part of what made me successful,” explains Sarah, a freelance writer.

Evidently, the growing trend of transparency is a real game changer for those of us who embark on the freelancer lifestyle. But what does the trend mean for the more established freelancers who go public with details about pay rates or unreliable employers?

“Quite frankly, it feels pretty dangerous,” says Jessica, who has been a freelance content writer for five years. “I once shared information with a freelancer group about a company who routinely paid my invoices late,” she recalls. “They found out and ghosted me out of the blue, which put a big dent in my earnings that year. But I’m glad I did it, because other freelancers wouldn’t have known to avoid working with them.”

Being transparent about bad experiences or low pay rates is vital for the freelancer community, but for employers, it can cause problems — especially if their practices are… well… a little shady.

After all, ood employers, who value your work and your time shouldn’t really have anything to hide. If the only risk of being open about bad experiences as a freelancer is angering bad employers, maybe it’s a risk worth taking. And the more freelancers who take the risk to be more transparent, the easier it will become.

I wasn’t always smart about freelancing, but thanks to the openness of other freelance writers, I’ve learned the tricks of the trade I need to build a career. Of course, being transparent takes bravery — but the more of us that speak out about the good and the bad sides of freelancing, the better for us all. Freelancing is tough, but with more openness and transparency, it can be a little less lonely and a whole lot easier.

Letting go of prestige as a freelance journalist

Sometimes, stepping away from a dream the closest thing to happiness you can get. And there’s no shame in it either as long as it makes you feel fufilled. After all, that’s what freelancing is all about; having control and independence.

Why turning down a big story can be a good thing

A byline in a huge print publication can totally change your career forever. But what are the warning signs that you should let that dream go and chase more unconventionally rewarding goals? 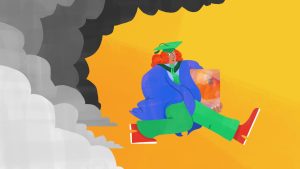 How to Position Yourself as an Expert in your Field

Want to learn how to position yourself as an expert in your field as a freelancer? Rachel White of House of DIF walks you through all the steps you need to take.

Everything you need to know to prepare for payments on account